Who will replace Riyad Mahrez? A list of the first selection of finalists for the “best Maghrebian player of the year” award, has been unveiled this Tuesday by France Football website.

Ismaël Bennacer (Algérie/Milan)
Ismael Bennacer, Serie A leader, is considered to have an excellent 2019, as he was already voted best player of the African Cup of Nations.

Currently injured, Bennacer has contributed to the excellent start of the season for the Milanese, leaders in Series A and the only club unbeaten in the five major European championships.

The France Football website couldn’t help but reiterate his role,

“Whether he plays for AC Milan or Algeria, the midfielder has become indispensable”

Despite some wrong moves and breaks, everyone finally agrees on Said Benrahma’s talent. Exceptional under the flag of Brentford in the Championship (he played 94 games, scored 30 goals and gave 27 decisive passes), the Fennec was transferred to West Ham for 26 M€ this summer.

Yassine Bounou brought victories for the Moroccan national team as well as his Spanish club, Sevilla.

He is Vahid Halilhodzic’s number one choice, convinced by the second best goalkeeper in La Liga with the best save percentage (80% after Oblak).

Ali Maaloul (Tunisia/Al-Ahly)
Whether under the colours of Tunisia or Al-Ahly, Ali Maaloul is never tired. Better still, his left foot works wonders. A passer, striker and tactically mature, he took advantage of the year 2020 to fill an already full CV, with the Egyptian Cup title and a Champions League.

Hakim Ziyech
France Football described Ziyech as the boss of a selection that brought him qualification for the African Cup of Nations 2020 (CAN). The magazine recalled that Hakimi moved to Chelsea from Ajax.

“Despite strong competition, he did well… he plays and makes plays,” the magazine said.

Earlier this year AFC Ajax voted Hakim Ziyech the best player of the Amsterdam team for the third consecutive year.

The Dutch football club announced Ziyech’s awarded title on May 14 via the Ajax website, referring to him as the “Wizard of AMS.”

France Football is one of the most influential sports publications in Europe. The magazine is best known for its yearly Ballon d’Or award, considered the most important individual award in international football 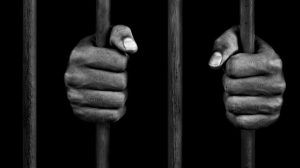 Kenya: Death Sentence for Ex-Cop in Willie Kimani Murder, 3 Others to Serve Up to 30 Years

Cameroon Says Separatists Relaunch Attacks, IED Use After Death of Self Proclaimed General

Kenya: Death Sentence for Ex-Cop in Willie Kimani Murder, 3 Others to Serve Up to 30 Years

Cameroon Says Separatists Relaunch Attacks, IED Use After Death of Self Proclaimed General